An outstanding athlete in his own right, the Mt. Vernon native played three sports in high school and then hit .335 with 80 runs scored, 82 runs batted in, seven home runs, a .492 slugging percentage and .452 on-base percentage during a two-year career catching for Rend Lake College. He was rewarded with All-Southern Illinois College Conference, All-State and All-Great Lakes recognition playing for a league champion from 1978-80. 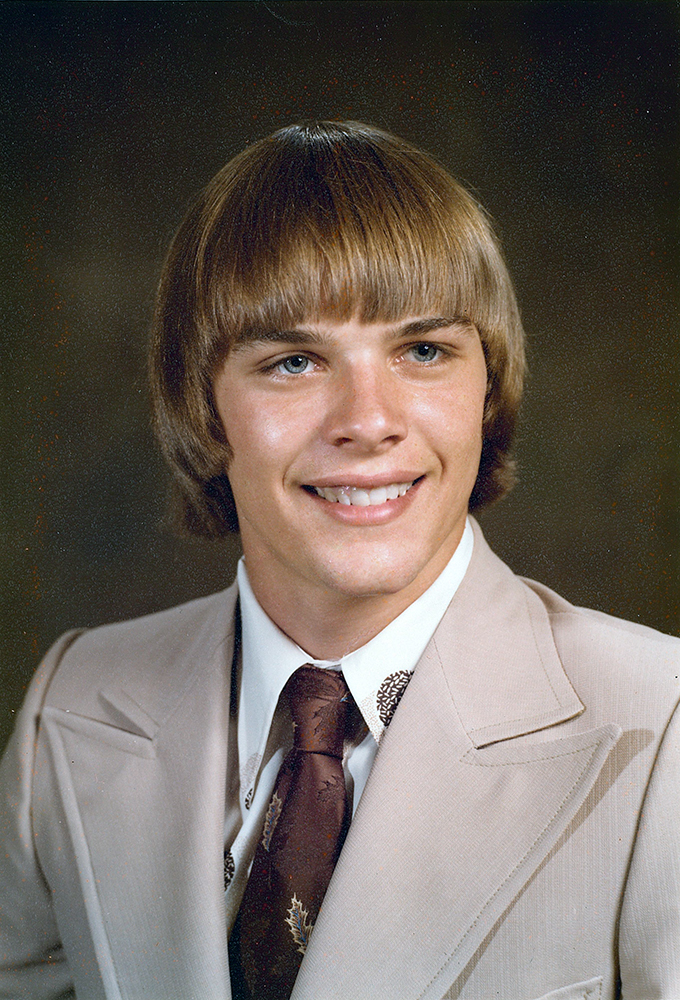 It was longtime Ram and Warrior teammate Doug Creel, however, who attained Charter Member status when the RLC Sports Hall of Fame first opened its doors in 2000. Creel, also All-SICC as a shortstop, was inducted for his exploits as a record-setting point-producer for the Men’s Basketball team.

Safe to say, nobody was any happier to attend Hall of Fame ceremonies in 2016 than Wagner. That is when Lindsay Wagner and Katie Wagner claimed memberships in the Mt. Vernon Township High School Sports Hall of Fame. The proud father saw Lindsay, a 2003 MVTHS graduate, inducted as an individual distance runner and as a member of the 2001-02 Cross-Country Team along with her younger sister.

Scott Wagner, proud father, could ask for nothing more.

That is all very nice. But it would seem Wagner, whether he would admit it or not, is deserving of a little “me time.”

Depending on which one is considered last but certainly not least among this elite contingent, he or she will become the 50th individual to be so honored since the Hall’s inception in 2000. Membership also includes 11 teams and four Track relay quartets.

Wagner earned First-Team All-State recognition as a college freshman after hitting .373 (28-75) in Spring ’79.

All he did for an encore was up that average to a best-ever .450 (27-60) the following Fall and helped Coach Mike McClure’s ninth squad post his 250th win and gain a share of its third SICC championship. He was named All-SICC, along with infield teammates Creel and Gary Denbo.

Also worth noting: Wagner’s 69 bases-on-balls and six triples during a career in which he hit .371 after a slow start in Fall ’78; by comparison, he struck out just 34 times in approximately 400 total plate appearances. Four of those triples came as a first-year player and helped the ’78-79 squad set another record with 22 in all.

Selecting a college may have been a decision made easier for Wagner because he is related to McClure. His mother, Marilyn (Mrs. Wayne Wagner), and McClure’s late wife, Cheryl, were first cousins.

But that had nothing to do with the coach recruiting him.

“Scott was not a great practice player, but he was a great ‘gamer.’ It took me about a year to figure that out,” added McClure. (Not literally), “I would just tell him, ‘Game tomorrow at 1,’ and he would be there. He would show up ready to play.”

Baseball players were not lifting weights in those days, “but Scott was real strong naturally. He had the size, a great body and was very, very athletic,” McClure said of a player who played football and basketball as well during his prep days.

Must have had a keen eye at the plate to strike out as few times as he did and walk as often. Unusually fast for a big man, too, huh?

“There were no secrets to it. He could just play,” reiterated his college coach. On the basepaths, “he was just smart. He was a great baserunner because he was smart and knew when to run, when to take the extra base. He did the things good player just do, because he could anticipate what he should do. He was the type of kid you can remember.

“More important than the stats, he was a good person. That team had a number of players like that . . . good guys and winners. You never had to worry about that team giving you any trouble. If they had all been like that, I might still be involved.”

It was a star-studded cast he headed.

All-SICC picks Wagner, Creel and Freshman Denbo shared the cover of the ’79-80 Warrior Baseball Brochure. Denbo, who boasted a Warrior record 67 hits in ’79-80, would go on to become Derek Jeter’s career-long hitting mentor and is his sidekick today as the Vice President of Player Development and Scouting for the Major League Baseball Miami Marlins.

Singled out in two Sports Illustrated articles featuring Jeter within the last couple of years, Denbo is described as “the guru who helped build the Yankees’ minor league system into one of baseball’s best, and the first man Jeter hired in Miami,” according to Tom Verducci in his February 12, 2018 story which quotes Denbo once and singles him out one other time.

Another catching prospect on-campus at the same time, Steve Brown, spent a majority of his Warrior career at first base due to the presence of Wagner. Brown would set a record for doubles as a sophomore and signed to play at University of South Florida-Tampa for MLB Hall-of-Famer Robin Roberts.

Two-sport performer Mark Schwitz set Rend Lake College records with his 1.60 ERA and 33 consecutive free throws made before playing at Indiana Central; he joined Tracy (Hyatt) Steed as original members of The Greater Evansville Basketball Hall of Fame in 2016.

Wagner signed with Jacksonville (Ala.) State University, where he was joined by basketball recruit / longtime teammate Creel, but left after one semester.

Like others in his family, Wagner turned to education as a profession. He still lives in Mt. Vernon but is an elementary school Principal in Pinckneyville.

“He is just a great person and educator,” McClure said. “He has a great relationship with kids that age. He is a super disciplinarian; the kids have great respect for him.”

Scott is married to Margo Wagner, RLC Director of Community and Corporate Education.

Lindsay was a three-time All-State distance runner for the Lady Rams who still holds school records in the 1600M and 3200M Runs and the 3200M Relay. She competed at the college level for Southern Illinois University-Carbondale.

Katie would follow her to SIUC, where she was a career .300 hitter during four seasons playing third base for the Saluki Women. She was named Second-Team All-Missouri Valley Conference in 2009, claiming “Player of the Week” honors twice, and was named to the All-MVC Tournament Team in ’07 and ’09.

Katie also played on the SIUC Women’s Basketball squad, high-jumped for the Track and Field Salukis and was Honorable Mention on the MVC Scholar-Athlete Team as a senior before graduating and serving as an Assistant Softball Coach for Saint Louis University, SIU-Edwardsville, Miami (Ohio) and her alma mater.

• Henderson, who would later become a Correctional Officer at Big Muddy River Correctional Center, was the quiet “Enforcer” for Coach Jim Waugh’s RLC Warriors. The 6-foot-4 Forward was a two-time All-Southern Illinois College Conference First-Team selection who averaged 14.4 points per game both seasons and 12.1 rebounds the first year, 9.1 the next.

She left RLC as the No. 2 scorer all-time for a program in its 11th year of existence. Her career total of 1,026 points puts the 5-10 forward in select company along with new HOF “teammates” Susie Woodward, Rebecca Harris, Cheryl Weis and Amanda Willoughby. The two-time All-Great Rivers Athletic Conference pick was All-Region XXIV as a sophomore. She averaged 15.7 ppg as a freshman and 17.8 ppg as a returnee.

She is married to former Carmi-White County athlete Tim Steed and is a teacher in that system. She has been serving as the Lady Bulldogs Basketball Coach but recently submitted her resignation.