INA, Ill. (April 10, 2018) - It is not all that complicated to figure out how Tracy Hyatt could lead teams in scoring for six consecutive seasons, covering four varsity high school squads and the first two years of her college basketball career. 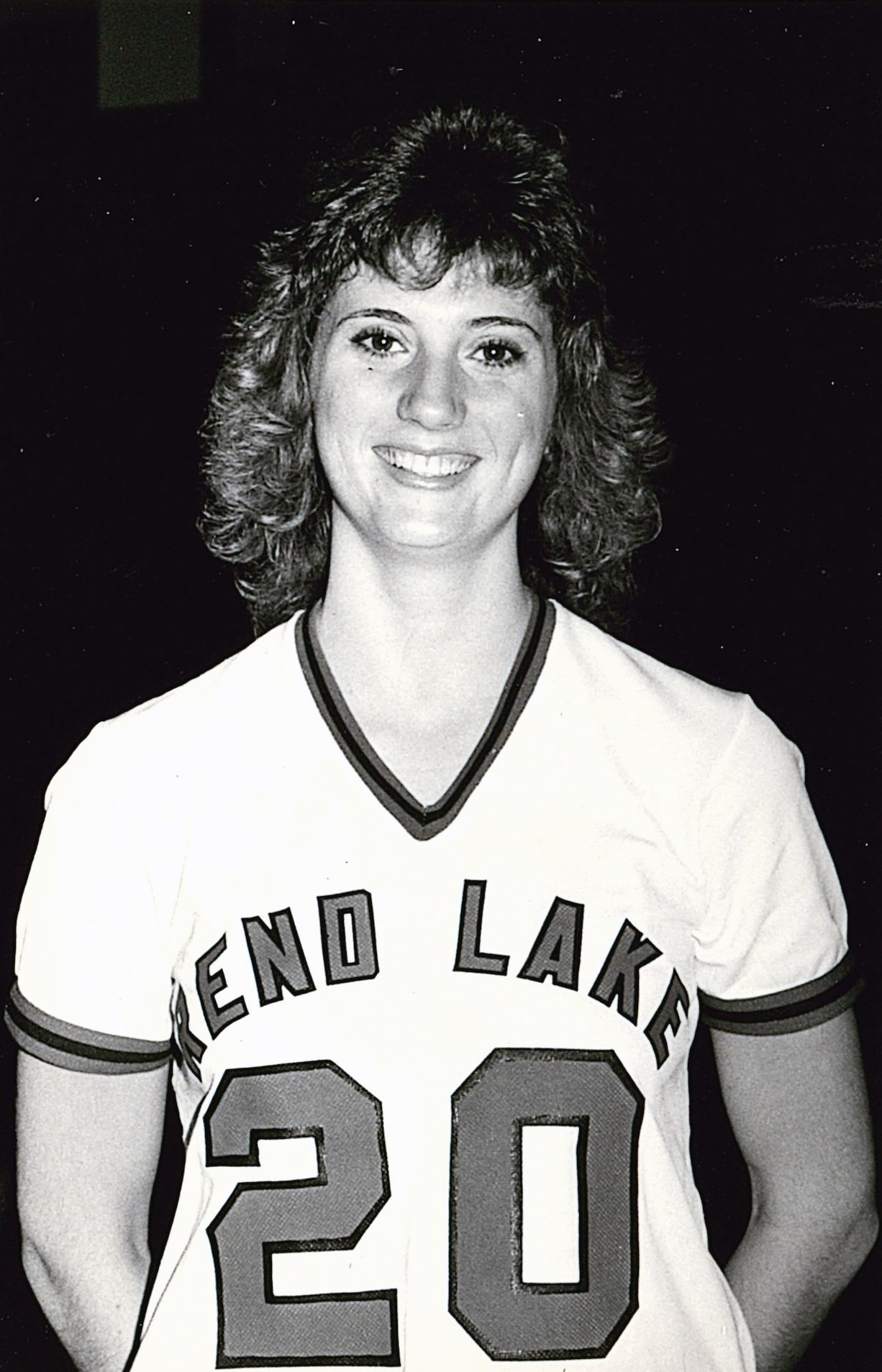 The feat was rare indeed. The answer to how she could have done it is much simpler.

“She was a shooter,” RLC Coach Jim Waugh recalled recently. “She came off screens about as good as anybody I ever coached.

“I can still picture her game-winning shot against Wabash Valley. There were just a few seconds to play when we called a timeout to set up a double-screen – two separate screens – to get her open, and they made it work. She nailed it.”

Added Waugh, “Tracy was very quiet, unassuming. But on the court, she knew when she had an open shot and when to take it. That’s why she always made such a great percentage of her shots.

“She was so valuable to us. You could always count on her for double-figures (scoring).”

That is true. Something else you can count on to happen . . .

On Saturday, April 21, Tracy (Hyatt) Steed will share the spotlight (once again) with Warrior Basketball “Enforcer” Ronnie Henderson (Class of ’73) and multi-talented Baseball Catcher Scott Wagner (Class of ’80) as inductees into the Rend Lake College Sports Hall of Fame. Ceremonies are scheduled to begin at 5:30 p.m. in the Student Center on the Ina campus.

In 2011, she was named to the Indiana High School Basketball Silver Anniversary Team, one of 18 women to be so honored. Five years later, the Owensville native was named a Charter Member in The Greater Evansville Basketball Hall of Fame, which “honors the Tri-State’s current and former high school, college and professional basketball standouts as well as coaches, administrators, officials and fans.”  Fellow inductees in April 2016 included such Illinois notables as Coach Ron Felling, Jay Shidler and Marty Simmons of Lawrenceville and the McLeansboro Father-Son duo of Jerry and Brian Sloan.

She left RLC as the No. 2 scorer all-time for a program in its 11th year of existence. Today, her inclusion in the Lady Warrior 1,000-Point Club puts the 5-10 forward in select company along with new HOF “teammates” Susie Woodward, Rebecca Harris, Cheryl Weis and Amanda Willoughby. The long-range shooter benefited when the 3-point arc was introduced to the college game prior to her second Juco season.

Hyatt was a two-time All-Great Rivers Athletic Conference pick and All-Region XXIV as a sophomore, when she led the Lady Warriors in scoring 19 outings, 13 of those with 20-plus, with highs of 31 at Kaskaskia and 32 in a Danville Area Tournament championship win over the hosts. She averaged 17.8 ppg and 2.3 assists, but her rebound tally slipped to 3.4 with additional help from the 6-2 Weis. She hit .546 from the field, including 19 of her team’s total of 23 treys in Year One, and .838 from the charity stripe (67-80), No. 5 nationally.

As a newcomer sharing the spotlight with Soph Cynthia Wessel, she posted 15.7 ppg, 8.4 rpg and 3.2 steals/recoveries. She led the team in scoring nine times and rebounding 10, with 20-plus points in five games, including 30 at Shawnee and 32 (record 16 field goals) and 12 boards in a 70-69 regular-season finale verdict over Wabash Valley. She also had 17 rebounds in a rout at Saint Mary-of-the-Woods (IN), located in Terre Haute not too far from her hometown, and boasted 10 or more in six other games.

It was not as if the two-time leading scorer did not have plenty of competition for that distinction both seasons. Four others averaged at least eight points Hyatt’s freshman campaign, with classmates Karen Poninski and Becky Orrick contributing 15.5 and 8.2 points and sophomores Wessel scoring at 14.7-point clip and Susan Gardner at 8.1. In Year Two, Freshman Weis averaged 13.9, Poninski 13.1 and Becky Orrick, née Artis, 9.1.

Hyatt was recommended to Waugh by a young Division I Assistant Coach, who was impressed with what he saw but unable to offer her an athletic grant-in-aid. According to a story in the Carmi Times in 2011, when she was named to the Silver Anniversary Team . . . “After personally meeting legendary Coach Jim ‘Hummer’ Waugh (the man for whom the school’s gymnasium is named), Steed decided on Rend Lake Junior College for the first two years of her collegiate career.”

The three-time All-Big Eight Conference pick was named Gibson County Athlete of the Year in 1986.

The Hoosier native returned to complete her playing career with the University of Evansville Purple Aces, where she was the Midwestern Collegiate College “Newcomer of the Year” in 1988-89 and set a record with 65 3-pointers in 1990-91, a year after giving birth to her first child.

Those 65 treys topped the previous best by 10 and still ranks No. 6 all-time 27 years later. She also set a record with at least one 3-pointer in 15 consecutive games and finished her two-year U. of E. career with 97 treys and 632 total points. The Purple Aces set a Team Record for Free Throws Made her senior season with 543.

Other two-year contributors to the 51 Lady Warrior victories were frontliners Poninski, a standout in her own right, and Orrick-Artis and the backcourt duo of Carol Ray and Stephanie Sides.

Weis would go on to shine at NCAA D-I Southern Illinois University-Carbondale. Artis and Sides would continue their teammate status at Blackburn College, while Ray ran cross-country for SIU-Edwardsville.

Trish Reed, a sophomore member of the 26-5 Lady Warriors, was named 2013 Rend Lake College “Alumna of the Year” by the RLC Foundation. She is President / General Manager of UpTime Parts LLC, a wholly owned subsidiary of Navistar, Inc. Her company, with headquarters in West Chicago and Las Vegas, provides aftermarket parts and more for light-duty trucks.

Also worth noting: Wagner’s 69 bases-on-balls and six triples during a career in which he hit .371 after a slow start in Fall ’78; by comparison, he struck out just 34 times in approximately 400 total plate appearances.