We do have to admit, though, he was pretty good. Good enough, for sure, to be remembered fondly and welcomed 45 years later into the RLC Sports Hall of Fame.

And if the old axiom is true – you know what “they” have always told you about “Practice makes perfect” – then you should be impressed by what his Illinois Basketball Coaches Association Hall of Fame mentor, Jim “Hummer” Waugh has to say about the relationship between practice and Henderson. Keep in mind, Waugh won 501 games as a coach over 36 seasons, played three major sports for Indiana State University and served for many years as a color commentator for Sycamore basketball telecasts.

There was no doubt Henderson was a team leader, “very quietly though. He didn’t say much,” said his Juco Coach. 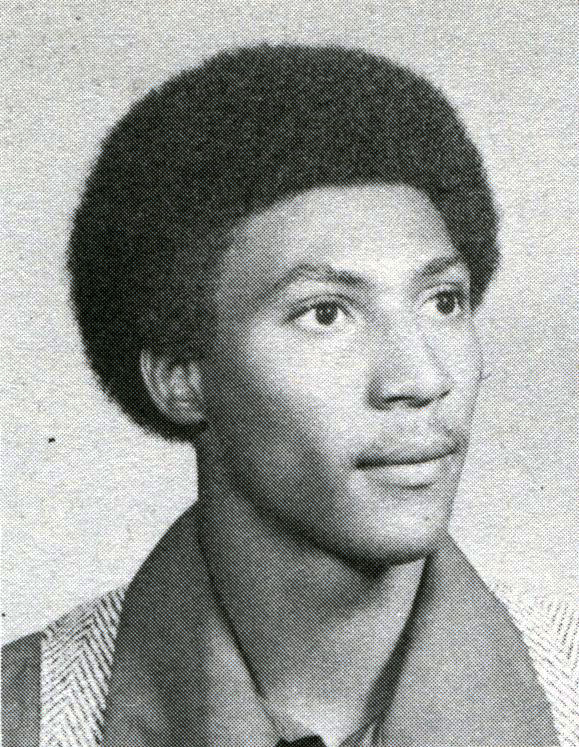 “The thing about Ronnie I would have to say, he practiced as hard as anybody I have ever been around.”

It rubbed off on his teammates. “You get a guy like that,” continued Waugh, “you learn real quick you had better practice hard, too, or you are going to get knocked around a lot.

“A lot of players don’t always give it their all as Ronnie did. He was a tenacious rebounder because he went after it so hard. It was not that he was a great leaper or unusually quick, he was just very aggressive.”

On Saturday, April 21, Henderson will team up with another Mt. Vernon product, Catcher Scott Wagner (1978-80), and another cage star, Tracy Hyatt Steed (1986-88), to comprise the 19th Class to be inducted into the Rend Lake College Sports Hall of Fame. Ceremonies are scheduled to begin at 5:30 p.m. in the Student Center on the Ina campus.

The trio will bring the total number of individuals to be so honored since the Hall’s inception in 2000 to 50. Membership also includes 11 teams and four Track relay quartets.

His career rebound standard stood for 23 years before it was overcome by National Junior College Athletic Association First-Team All-America and RLC Sports Hall-of-Famer Bryant Lowe; the single-season high mark of 367 was still standing long after that.

In the 20-win Warrior campaign in 1972-73, Henderson & Co. started 8-0, then came out on top in 10 of the last 11 before dropping its second post-season outing. The record-setters broke the 90-point bar on 13 occasions and yet still managed to establish a defensive record-low yield at 72.2 ppg as well. The first and last of those six setbacks were by two points.

The two teams powered by Henderson and offensive leader Sonny Wyatt established six Game and 11 Season records while scoring 80-plus points in two-thirds of their games. Exciting to watch? In a wild display against Lockyear Business College out of Evansville, IN, RLC set records for Field Goal Attempts (107) as well as Rebounds (75).

Wyatt, who finished his career with 896 points compared to the 791 for Henderson, and the towering Rieckenberg joined the “Enforcer” on the ’72-73 All-SICC First Team.

Henderson would go on to average 17 ppg and 10 rebounds as a junior transfer and 11 ppg / 7 rpg as a senior for the Marion Titans. Marion College changed its name in 1988 to Indiana Wesleyan University and recently captured the 2018 National Association of Intercollegiate Athletics (NAIA) Division II Men’s Basketball Championship for the third time in the last five years.

Do not forget something very important, Waugh insists. “He had a lot of good teammates. You don’t win 20 games without good players . . . That team had Ronnie, Lemay, Rieckenberg, Wyatt, (John) Kretz and several others.

“I think Ron became a better college player than he had been as a high school player. He had always been pretty strong physically, but I think he got a little better as an offensive player, too, because he had more freedom to move around.”

Henderson would not have had the ability to get to campus on a daily basis were it not for his own personal “taxi” services provided by Coaches Waugh, Mike McClure or Wayne Arnold.

His truly is a success story.

“I do not believe he would have achieved what he did if he had not come to Rend Lake College,” Waugh said, refusing to pat himself on the back. “By that, I mean we were there for him, but he was the one who had to take advantage of that, and he did. He was ready to go every day when we would pull up to get him. I am very proud of what he has been able to accomplish in his life.”

The HOF Gang of 50 Individuals includes former teammates Lemay, a two-sport star for the Warriors, and Brad Weathers, who was inducted in 2013 for his accomplishments as an Alumni Coach, plus Waugh and Assistant Coach McClure, former Baseball Head Coach who was one of four HOF Charter Members in 2000.

Yet another teammate, Ron Smith, was named RLC Foundation “Alumnus of the Year” in 2011. Smith, a longtime coach at the high school and college level, was a much-valued Men’s Basketball Associate Head Coach under his mentor, Rich Herrin, for the SIU Salukis and a successful entrepreneur as Owner/Operator of USA Sports Tours and Events. He also was an Assistant Coach at Northern Iowa and Iowa State universities.

The 6-2, 195-pounder produced a team-record 60 RBIs in as many games (41-19) and a record five home runs in the combined Fall/Spring ’79-80 campaign. Overall, the sophomore batted .369 (65-176) with a .551 slugging percentage. The athletic backstop also stole 21 bases and scored 51 runs as the ’79-80 Warriors set five new standards, including Wins. Individually, he added All-Great Lakes and South All-Stars to his credits.

Also worth noting: Wagner’s 69 bases-on-balls and six triples during a career in which he hit .371 after a slow start in Fall ’78; by comparison, he struck out just 34 times in approximately 400 total plate appearances.

She left RLC as the No. 2 scorer all-time for a program in its 11th year of existence. Her career total of 1,026 points puts the 5-10 forward in select company along with new HOF “teammates” Susie Woodward, Rebecca Harris, Cheryl Weis and Amanda Willoughby. The two-time All-Great Rivers Athletic Conference pick was All-Region XXIV as a sophomore. She averaged 15.7 ppg as a freshman and 17.8 ppg as a returnee.

She is married to former Carmi-White County athlete Tim Steed and is a teacher in that system. She has been serving as the Lady Bulldogs High School Basketball Coach but recently submitted her resignation.