INA, Ill. (April 30, 2018) - Rend Lake College Women’s Golf has done it again, blazing past the competition to take the top spot in the Region XXIV Championship and earning a spot at the National Tournament in Mesa, Ariz.

RLC notched their trip to nationals with a team score of 720, a full 33 strokes clear of John A. Logan who came in second with 753. 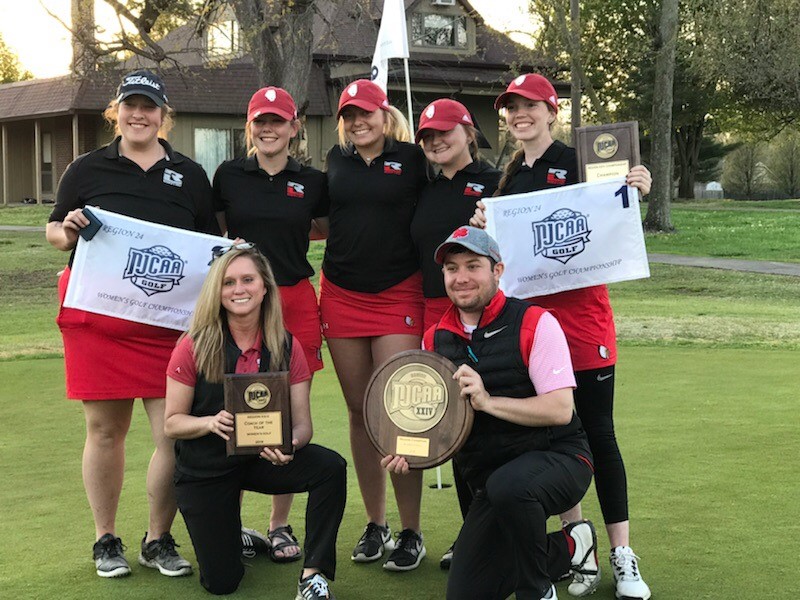 Macey Mooneyham (Herrin) had a banner day, posting a first-round 81 and second round 78 for a tournament score of 159 to take the top individual score. Alex Brue (Chanderville) wasn’t far behind with first-round 83 and second-round 82 to finish second on the leader board at 165. 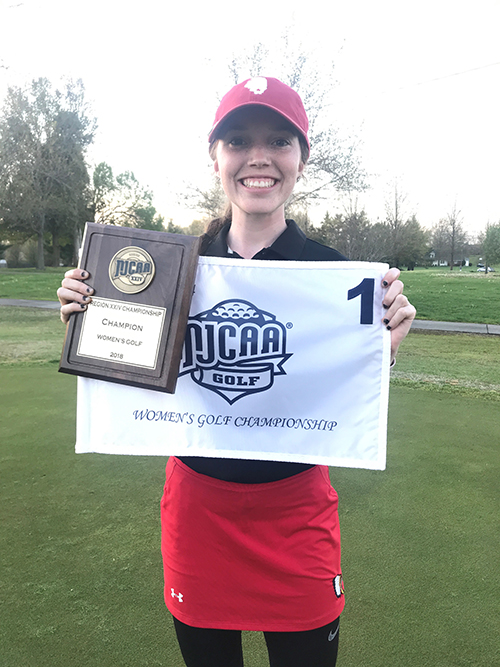 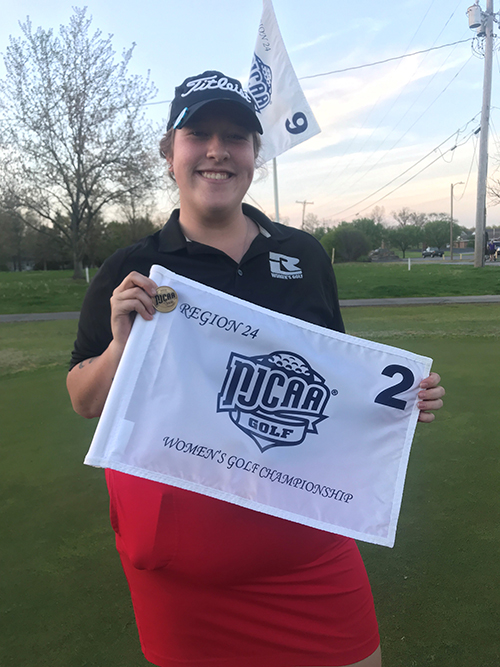 Mooneyham and Brue were also selected to the All-Region Team.

Head Coach Danielle Kaufman took home 2018 Coach of the Year in just her first year as the program’s head coach.

The NJCAA National Championship kicks off on May 14 and goes until the 17th.