INA, Ill. (June 7, 2018) - The Rend Lake College Warriors and the community at large have lost a hardwood icon with the passing of Curtis E. Smith of Benton.

Smith lost his battle with colon cancer Sunday, June 24, 2018, at his home surrounded by family. He was 56.

A Class of 2003 inductee to the Rend Lake College Sports Hall of Fame, Smith left a legacy of basketball excellence at RLC. Playing for the Warriors from 1980-82, Smith is one of just the handful of players to make it to the 1,000-Point Club and still holds numerous accolades from his tenure in Waugh Gymnasium.

During his freshman season at RLC, he produced a Land of Lincoln Classic-record 38 points (17-25 FG) vs. Oakton, with nine rebounds, and 27 points (12-18 FG) and 12 rebounds vs. Southeastern Illinois.

Smith’s sophomore season was ranked No. 2 in RLC history at time with 631 points. That season he also was named All-Southern Illinois College Conference and team “MVP” after 21-11 campaign in which he averaged 19.7 ppg for league co-champs. He tallied a career-best 41 points in 90-84 win over Lewis and Clark and helped the squad capture RLC Pepsi Classic and finish runner-up in LLCC. 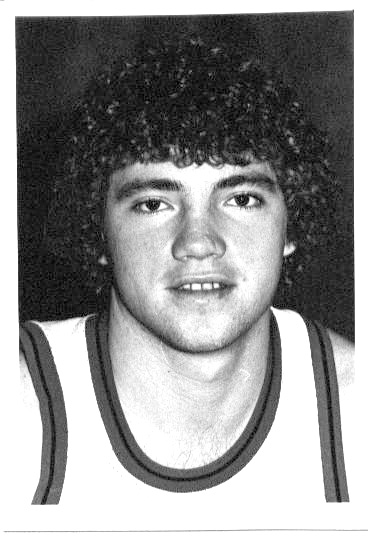 Curtis Smith during his playing days at RLC

He turned that passion and skill as a player into a successful coaching career, earning the SIJHSAA Coach of the Year honors in 2015 with Ewing.

“I had the privilege of being a team mate of Curtis at Benton High School. He is without a doubt one of the hardest working and most dedicated athletes I have ever been around. He truly made himself into a great player through his dedication in the gym. I know that he has received many accolades for his basketball playing career and all of those are well deserved, however, his legacy will be in the impact that he had on the lives of so many young men and women that he had the opportunity to coach,” expressed RLC Athletic Director Tim Wills.

“He was a successful coach in terms of wins and losses, but his greatest accomplishment was his positive influence on his players. He was a great role model as a man, a husband and a father. I do not think any parent could ask for anything greater than to have a person like Curtis Smith coach their child. He was a great friend and he will be missed by many.”

In lieu of Flowers, memorials may be made to the Curtis Smith Memorial Basketball Scholarship Fund at the Rend Lake College Foundation or you may donate online at www.rlc.edu/foundation/give-now.

“From all I’ve learned about Curtis Smith, it’s evident he was an exceptional man who made an incredible impact on others and generously shared his gifts and talents. The Curtis Smith Memorial Basketball Scholarship is such a special way to honor and celebrate Curtis’ legacy as a standout RLC Warrior, coach, mentor and friend to all of those he touched. Our thoughts and prayers remain with the Smith family during this most difficult time,” said Rend Lake College Foundation Director Kay Zibby-Damron.

Funeral services will be held at 11:00 A.M. on Friday, June 29th at the Immanuel Baptist Church in Benton with Dr. Sammy Simmons officiating. Burial will be in the Shiloh Cemetery in Whitttington.