INA, Ill. (May 3, 2016) – The saying often goes, “Don’t judge a book by its cover,” but in the case of the Rend Lake College Rec Center, it’s more like “Don’t judge the building by its shell.” Though the exterior hasn’t changed much in the last decade, the inside of the recently-renovated Rec Center might be unrecognizable by some of its early students.

The Rec, formerly known as the Hitting Zone, has been undergoing renovations since September 2014 when it received its new name. With a new director in Tyler O’Daniel, who also splits his time as the strength and conditioning coach for Warrior Athletics, The Rec has seen a new paint job; a thorough clean out; and new, dynamic spaces for athletes and students of all kinds.

Phase two, the north end and home to the fitness center and tennis courts, finished construction in 2004. This part of the building also includes offices for a number of athletics coaches and storage spaces. 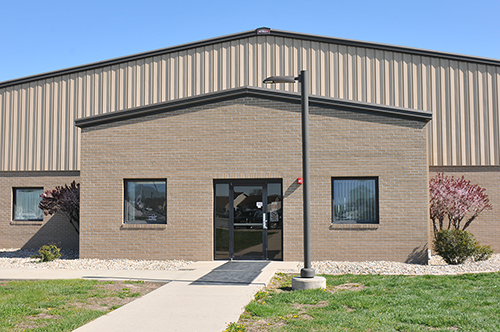 O’Daniel, a Warriors baseball player and student from 2008 to 2010, says he remembers quite a different facility from the one he now runs. When it was the Hitting Zone, the building served mainly as an indoor baseball and softball training facility.

“It was the hitting area for the baseball and softball teams, and there were tennis courts in the north end of the building, but that was pretty much it,” said O’Daniel. “There were some offices, but not a whole lot going on. When I was a student, I wished the Rec looked more like RLC. It was tan and plain, but now it looks like it belongs here.”

To keep up with the Rec, visit the new RLC website at www.rlc.edu/the-rec. You can also find them on Facebook The Rec at Rend Lake College.

A Year and a Half of Renovations

Day one on the job, O’Daniel already had big plans in mind for the Rec. He recalls first wanting to bring as many fitness-related areas to the Rec to become a central “fitness hub.” This goal mainly focused on the two RLC-run fitness centers at the MarketPlace in Mt. Vernon and the James “Hummer” Waugh Gymnasium on the Ina campus.

“I wanted to make the Rec something that the school, the athletes, and the students can be proud of,” O’Daniel said. “We painted the inside of the building RLC colors – red and grey – to give it a contemporary look and feel. When we added the fitness center, we wanted it to be more inviting and open to everyone, not just students or athletes.”

“I know the fitness center was one of the first expansions I wanted to do,” he continued. “We knocked down some walls and changed the blueprint of the old room to triple the fitness center in size. We did all sorts of changes to expand and provide a larger, more-encompassing area that now includes everything from treadmills to tractor tires.”

Specifically, the Rec houses dumbbells from 2.5 to 100 pounds, 16 pieces of cardio equipment, four power racks, and one squat rack, with plans to develop a cross training area with jump ropes, a heavy bag, a speed bag, plyo boxes, and much more. 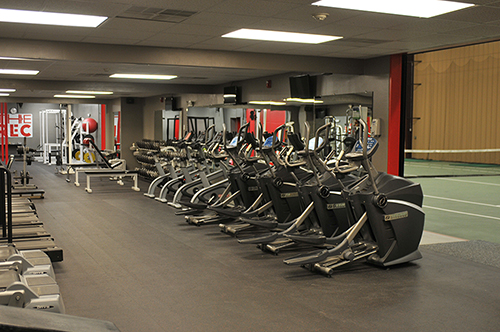 Next on the list, O’Daniel says he’s looking into basketball goals to add to the north end of the building to make the space more versatile. A studio room is also in future plans to serve as a home for Zumba, Yoga, cycling, Pilates, and much more.

“I would love to have everything here and make the Rec the true fitness hub of the college,” said O’Daniel. “We can always adapt based on interest, and we’d be happy to do so where student and community interest continues to grow.”

Right now, O’Daniel says the main clientele at the Rec during the day are students, faculty, staff, and student athletes who practice, train, and even study throughout the building. O’Daniel expects everyday student activity to increase with time, as many students don’t realize the building exists with options for everyone.

“Word is getting out now that students can use this facility for whatever they want. It’s very student-friendly and isn’t just an athletic facility anymore,” he said. “I’ve seen groups of students come here and study – they brought their computers and everything. There are a couple who come in and bring their own tennis balls and rackets to play on the courts. Last year, student attendance was minimal, but it’s changing.”

Though renovations have halted for the time being, O’Daniel said he’s optimistic about the facility’s future, both athletically and as a place for students to share.

“The Rec is dynamic. We can offer a multitude of things for all sorts of people, no matter who they are or what they’re looking for,” he said. “This is a place I’m proud of and I hope our community is proud of too. It’s come a long way and we’re not done yet.”

Events for Any Age, Any Interest, Any Time

Though he’s had his hands full with renovations, O’Daniel has also been working hard to schedule events at the Rec for a number of different sports and interest groups. The Rec recently hosted the Warrior 5K run and is gearing up for summer baseball and softball tournaments.

The Rec is currently searching for youth to participate in the Summer Smash 14U Baseball and Softball tournaments June 3-5 and in the Battle at the Crossroads 14U Softball and High School Baseball tournaments June 17-19. Only a few team slots remain available for each tournament, and O’Daniel said he’s expecting them to fill up fast. Personal lessons in baseball and softball can be made now for individuals between the ages of 8 and 18.

“One of the areas I wanted to expand was with the youth and build it up. I want the Rec to make a positive impact on local youth sports, which we’ve already started doing,” said O’Daniel. “Last year, we had six teams use the Rec and 10 or so youth doing lessons. This year, we’ve had about 14 teams and about 40 children in lessons. It’s a substantial change for us. It’s because of the momentum. When the lessons are of a high quality and the facility is working well and looking nice, it all goes together. If you have a good experience and we have a good working relationship, the word of mouth travels, and it’s priceless.”

O’Daniel also leads several Kids Summer Camps in June and July, many of which are returning bigger and better than ever. “Let’s Get Fit!” camp is designed to get second through sixth graders up and active with hands-on activities and physical games from June 6-9.

Youth between the ages of 8 and 15 will also have a chance to enroll in Baseball and Softball Camp to learn about the fundamentals of the games. Specific dates and times for each age can be found online by visiting the Rec’s website.

Local grade schools are also getting in on the action at the Rec by utilizing the track located on the west side of the building for meets. With a football field in the center, O’Daniel said he has more events in the works to expand to more sports and interests.

“Baseball and softball have lessons, and we’re going to have a football clinic in the future,” said O’Daniel. “Tennis has had some lessons going, so we’re working on building that up too.”

The football clinic, also known as the Speed & Power Camp, will be hosted at the Rec by Anthony Hargrove, Super Bowl XLIV Champion, and will include four quarters of speed and power drills plus a 7-on-7 competition. The camp will be held from 8 a.m. – 2 p.m. July 8-10.

Locals can also reserve the Rec for private events, such as birthday or kids parties. O’Daniel said there have been several specialized rentals, though most of the focus surrounds athletics.

“As far as lessons and rentals, I plan on maxing out next year. Ninety percent of the teams who participated in lessons and team building came back this year, and many are already asking to reserve a spot for next year,” he said. “November and December are the busiest months right now because baseball and softball teams are realizing they can use The Rec as an off-season training facility. I foresee that continuing to improve as well.”

All of RLC’s eight athletic teams have training and workout times scheduled for the fitness center at the Rec, with open slots for student athletes to come practice on their own. O’Daniel said the Rec allows each athlete to reach their full potential and focus on both academics and athletics.

“For a junior college to have a facility like this, it’s unreal. There wasn’t anything like this at Rend Lake when I was a student,” said O’Daniel. “The Hitting Zone was just a big building with a few weights and some cages, and even that has changed. It’s making the space important in the development of our athletes.”

The facility also makes for a great recruitment tool for RLC as it also provides space for each team to store and utilize their equipment on campus. The facility is within walking distance of both the baseball and softball fields, as well as the track, to give athletes a one-stop shop for anything they need. 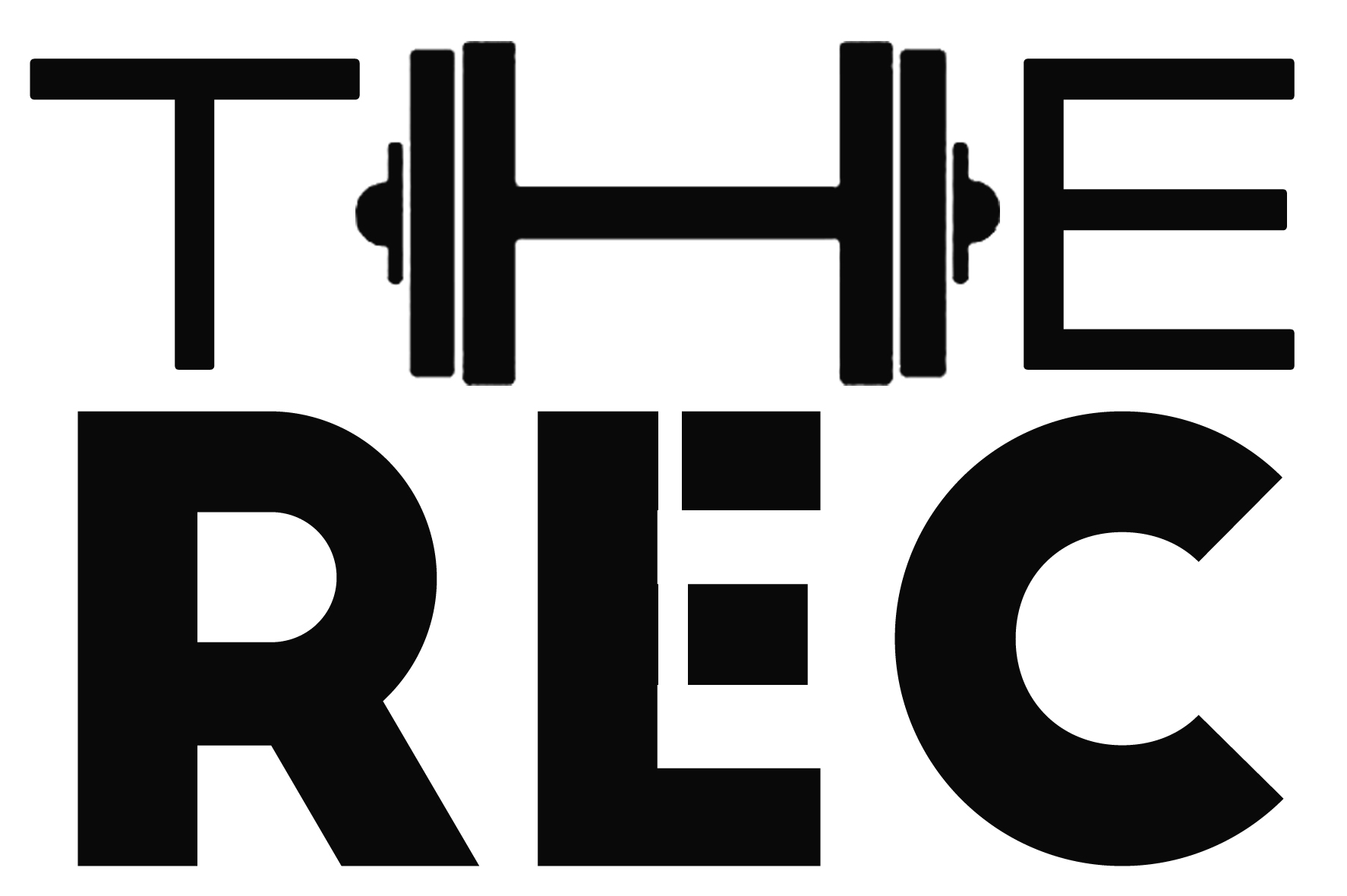