INA, Ill. (Sept. 23, 2015) – Hundreds of locals and Car Show participants came to Rend Lake College’s campus last Saturday to enjoy a beautiful day at the third annual Warrior Fest. Events were spread across campus, including a Car Show with more than 60 participants on the east side, children’s activities and the annual Big Truck Day on the west side, and a flea market and vendors in the middle. 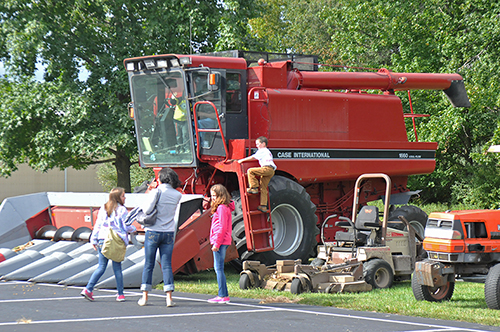 Proceeds from the Car Show went toward scholarships for future RLC students interested in the Automotive Technology program. One RLC student also received a “Pathway to Success” scholarship, courtesy the RLC Foundation. 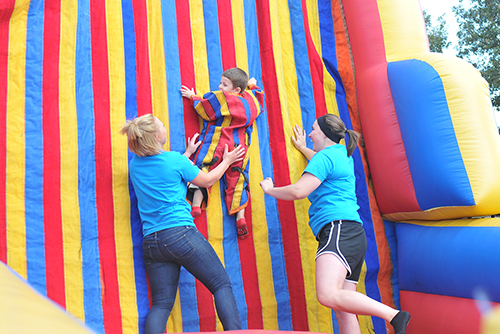 Rend Lake College AmeriCorps students help a child on the Velcro inflatable wall as part of Big Truck Day at the RLC Foundation Children's Center. Children could also participate in a petting zoo and free dental checks throughout the day. Click on the image for a larger view.
(ReAnne Palmer / RLC Public Information)

There were 16 special awards for Car Show entrants. The results are as follows:

Best of Show: Steve Farris of McLeansboro: 1928 Ford Model A

Steve Farrisof McLeansboro stands with his 1928 Ford Model A and Best of Show trophy Saturday afternoon at the end of the Warrior Fest Car Show. Click on the image for a larger view.
(ReAnne Palmer / RLC Public Information) 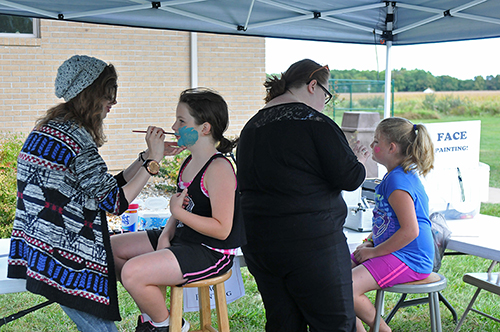