James Bergman named RLC VETERAN OF THE MONTH for January 2020 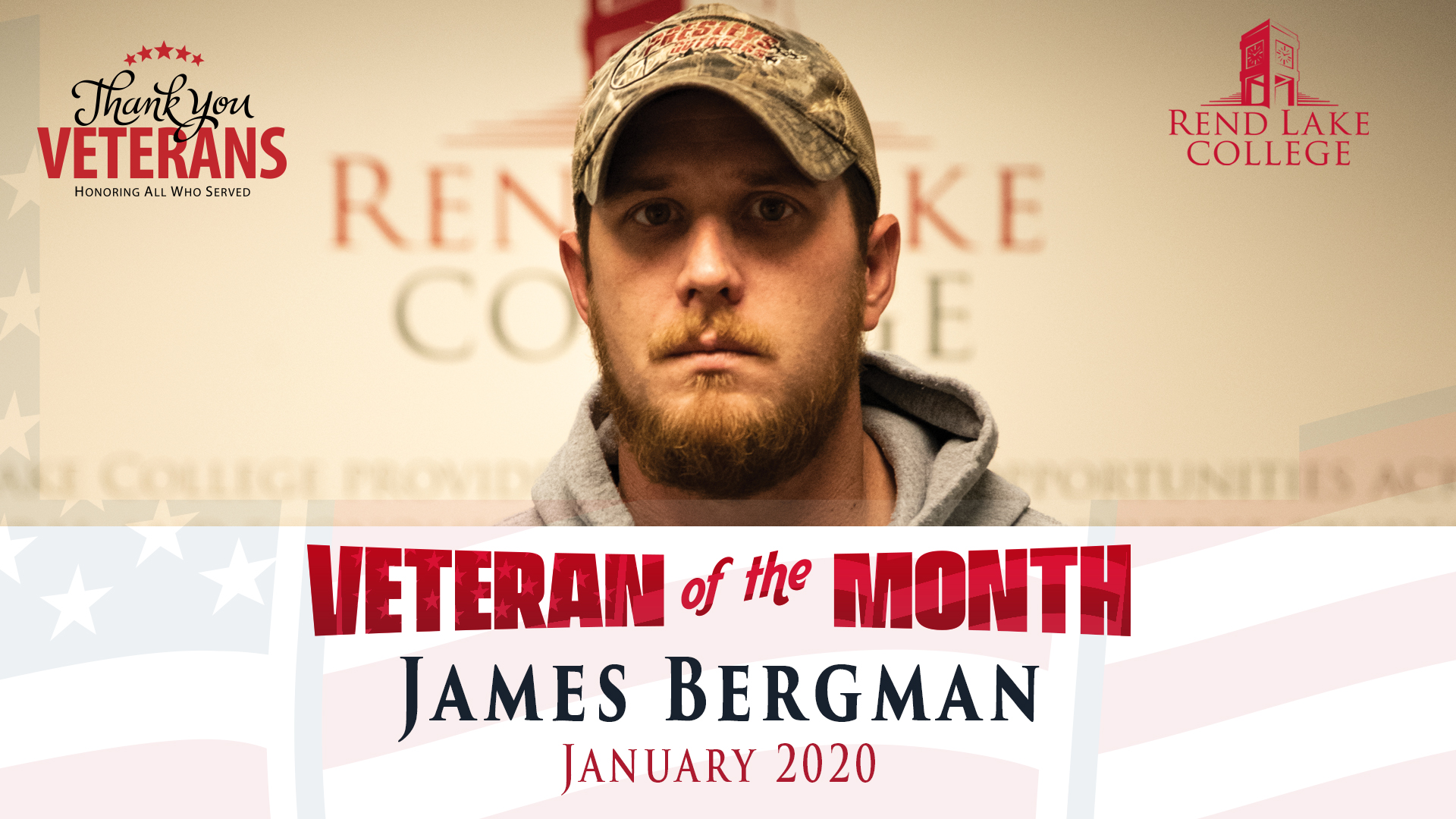 Bergman, a resident of Mt. Vernon, served in the U.S. Army from July 2010 to July 2016. He is currently studying welding at RLC. Initially a college student, Bergman saw enlistment as an opportunity to serve his country.

“Joining the Army was something I’ve always wanted to do. It was war time and I felt it was the right thing to do,” he said.

Bergman said his experience in the Army helped him gain a new perspective as he takes on the college experience once again.

“You take a different approach and really focus. I was attending college before I joined the military and after I came back and started attending RLC, I had a different way of looking at it,” he said.

Bergman utilizes the Chapter 33 Post 9/11 GI Bill® to help pay for college. Bergman’s interests include hunting and spending time with his family.