RLC mourns the loss of former board member Marvin Scott

INA, Ill. (Jan. 31, 2020) — Rend Lake College mourns the loss of a titan in education and community service today. Marvin W. Scott, the longest-serving Board of Trustees member in the history of the college, died Wednesday evening in his Belle Rive home with his family by his side. He was 88 years old.

Scott’s unprecedented tenure on Rend Lake College’s Board of Trustees began in 1978 when he was appointed to replace Dr. Clyde Funkhouser of Mt. Vernon. After that appointment, Scott would be re-elected five more times until he decided not to run again in 2013 at the age of 82. 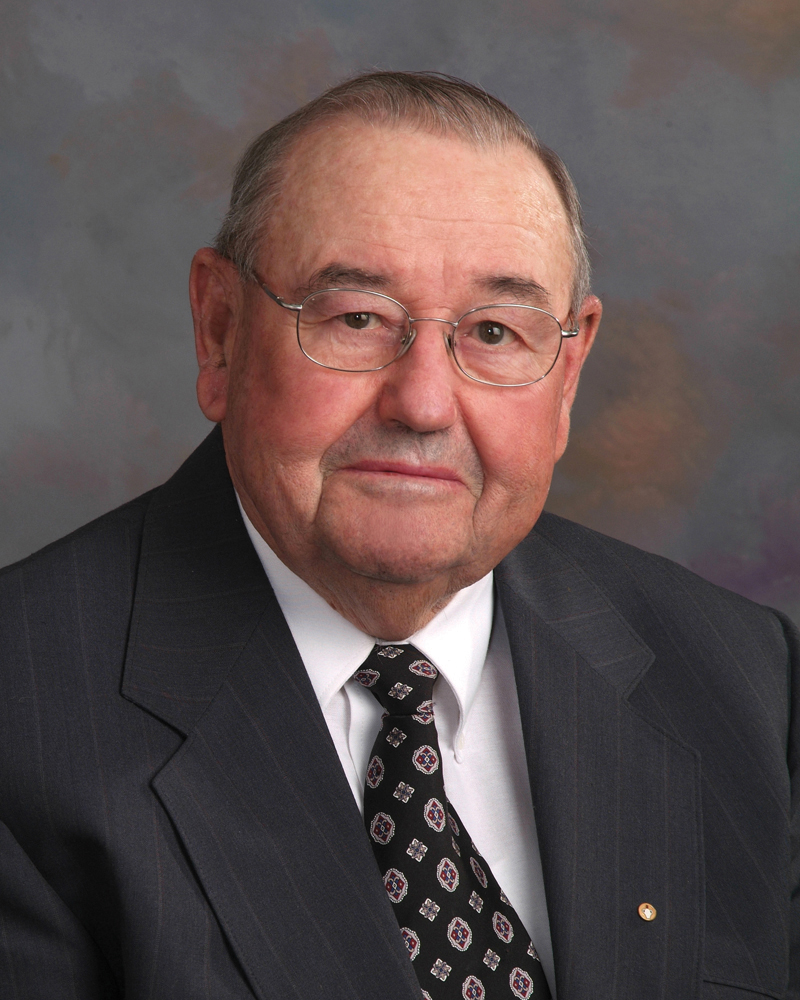 But it wasn’t just longevity that made Scott’s tenure exceptional. He lived and breathed RLC, making himself present at every board meeting or college function he could.

“I don’t think very many have received an award that I haven’t been there,” Scott said in 2017. “If our instructors or someone at the college has put in the time and work to get an award, then I’m going to put in the time to be there. I just want to be there.”

During his 35 years on the board, Scott witnessed the establishment of a new campus, the selection of three college presidents and the expansion of numerous degree programs and certificates. Scott said he wanted his commitment and enthusiasm to reflect that of the students and staff he was helping serve as a board member at RLC.

“We’ve got some dedicated people. I see some real hard dedication in our teachers who do the job over and above,” he said. “If they are going to give their time and extra effort, so am I. A good Board has to do its job.”

For his efforts in education, Scott goes down in the annals of RLC history. In 2017, he was named one of RLC’s 50 Influencers in honor of the college’s 50th anniversary. His namesake was immortalized in 2013 when the Board of Trustees unveiled a plaque designating the “Marvin W. Scott Executive Board Room” on the second floor of the Student Center. That same year at a banquet in Chicago, Scott would be awarded the Trustee Service Award from the Illinois Community College Trustees Association for his 35 years of service on the board. And that wasn’t the only time Scott was recognized by the ICCTA. He received the ICCTA Trustee Education Award five times (2012, 2009, 2005, 2002 and 2001). He was also presented with the organization’s Certification of Merit Award, an honor “presented to individuals who have made a significant contribution to ICCTA, the Illinois System or a member college.” He was nominated for the Harstein Trustee Achievement Award in 2006. Scott served as RLC’s representative to the ICCTA for almost two decades.

Scott is survived by his wife of nearly 70 years, Vivian, along with a daughter, son and numerous grandchildren and great-grandchildren. He was a farmer, small business owner and veteran. He served two years in the U.S. Army’s 101st Airborne before he and his wife bought ownership in the Hamson Feed Store.

The family has set up a memorial fund, and for those who wish, memorials may be made to Rend Lake College Foundation here.