INA, Ill. (Nov. 21, 2013) – If you had told Trish Reed during her years in Southern Illinois that she would one day live in the big city as the president of a company, she might not have believed you. Now, after more than two decades with Navistar, Inc. in northern Illinois, Reed has driven up the ranks and is the President and General Manager of UpTime Parts, LLC.

Reed has been named the Rend Lake College Foundation Alumnus of the Year for 2013. She will receive her award during the Foundation Annual Dinner on Dec. 5. 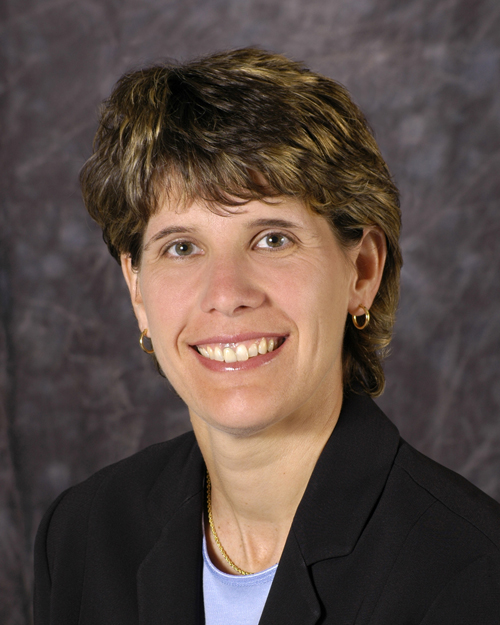 The Scheller native grew up with four brothers and sisters in a typical Southern Illinois small town. She attended school in Waltonville schools before coming to Rend Lake College in the fall of 1985. She earned an Associate of Science Degree in 1987 from RLC before moving on to earn a Bachelor of Science Degree in Finance and minor in Economics from Southern Illinois University.

She has spent 24 years working for Navistar, Inc., a leading manufacturer of commercial trucks, buses, defense vehicles and engines. For the first 20 years she worked with Navistar Financial Corp., a Navistar affiliate that provides financing to help dealers and customers purchase Navistar products. She then became president of UpTime Parts, an aftermarket parts supplier for light-duty trucks.

In her four years in this role, she has successfully reinvigorated a culture of teamwork and performance that has resulted in improved customer satisfaction, nearly double-digit growth in sales and a 90 percent increase in profitability.

Before moving on to these successes, Reed was like other small-town athletes and played basketball for the Lady Warriors as a forward, a legacy carried on since her grade school years.

“When I think about my time at Rend Lake, I look back and see what a key influence it was for me,” said Reed. “I was initially accepted at Bradley in Peoria, but then Coach Jim Waugh reached out to me and that helped me pay for my first two years in college. Between school and basketball, I learned a very important life lesson: a good team is one that works well together.”

Coming from a small school, Reed said she received a lot of playing time on the court for the Spartans, but that changed when she took the floor for the Lady Warriors.

“There were a lot of adjustments I had to make, but regardless of my role, it was important that we were all one team,” said Reed. “I’ve taken that lesson to every job I’ve had. I didn’t appreciate it as much at the time, and I don’t know if I would’ve learned it at all if not for Coach Waugh and Rend Lake College.”

Reed also calls to mind several instructors who had a hand in influencing her future.

“There were other instructors at Rend Lake that put me on a great path. My speech teacher was one. I dreaded speaking and I was not looking forward to his class,” said Reed. “By the time our class was over I thought, ‘I really love speaking’. Now I make presentations in front of 500 people and I feel comfortable. My math instructors were great too. They were some major influences on my career in finance.”

After graduating from SIU, Reed said her goal was to move to central Illinois and pursue a career at a bank or financial company. She said the idea came from seeing her sister working at a bank in Sesser; however, but something bigger was on the horizon.

“I started interviewing in the Springfield area, one of which was Navistar. I really had no idea who Navistar was at the time,” she said. “I interviewed for a trainee position, and they wanted me to go to Chicago for the interview. I was reluctant, but I did, and Navistar Financial offered me the job the same day I interviewed. My gut thought, ‘this is the place to be’ and it’s been a great 24-year career.”

While working at Navistar Financial, Reed did everything from collections and credit underwriting to sales, and worked her way up through 11 different positions. Four years ago, she made the jump to the parts division and hasn’t looked back since.

“Basically, I run a small division that Navistar owns called UpTime Parts,” said Reed. “I oversee all operations: sales, customer service, procurement of parts. We work with aftermarket and specialty vehicles, like UPS, who is our largest customer. Four years is the longest I’ve been in one position, but that’s the great thing about Navistar. They keep us challenged and they continue to throw opportunities at us.”

If there’s one thing Reed took away from Rend Lake College, she said it’s the value of teamwork, which she now utilizes at Navistar in a number of leadership and mentoring programs. She has been a mentor to many Navistar employees, and has helped coach and develop numerous colleagues to advance their careers.

“I would say, for me and my background in sports, I’ve been very involved in team aspects my whole life. Being a part of that and knowing how well teams work together in achieving results is important to my position,” she said. “I’ve taken on management and leadership positions and it’s the same every time: how well is the team working together? Some of the things I learned was you’ve got to have a common goal, strong morale and great spirit. You’ve got to celebrate the wins and successes, and people are more open to feedback in the spirit of being better tomorrow. You need a variety of people of different backgrounds and experiences who all value working together with a common vision and goals.”

Additionally, both inside and outside of the workplace, Reed spends her time focusing on health and fitness. At home, she finds ways to be active outside, and at work, she has served as a sponsor for Vital Lives, a Navistar wellness initiative. She is also involved in the National Multiple Sclerosis (MS) Society.

“I work a lot of hours, but health and fitness are very important to me. I’m usually at the gym or doing things outside like yard work or roller blading,” said Reed. “I’m also passionately involved in the MS Society, and I do a lot of fund raising. I’m a part of a team that walks every year in honor of someone very special to me who was diagnosed with MS in 2003. We’re called D’s Dream Team. Next year we’re planning on having a golf outing as a fundraiser for her.”

As the team captain of D’s Dream Team, she has helped raise more than $29,000 for the National MS Society. She has also raised more than $7,500 for Chicago-area AIDS charities with two 500-mile bike rides.

In the workplace, she has served as an advisor to the Navistar Financial Diversity Council and as a certified Valuing Differences facilitator. She is also an active Junior Achievement volunteer in DuPage County.

Reed’s extended family and many close friends still reside in Southern Illinois, and she is a frequent visitor. She recently became involved at Rend Lake College with an endowment through the RLC Foundation.

In addition to the Alumnus of the Year award, several programs and teams will be highlighted at the Annual Dinner, including the 2012 Men’s Basketball National Championship team, the Allied Health Division and the Mining Technology program. These new features will illustrate changes, improvements and teamwork between the College and Foundation in recent years.

The theme for the dinner this year is teamwork, said Foundation CEO Shawna Manion, and the evening’s events will focus on honoring and awarding those at RLC who exemplify that theme.

“We always have strong community support at our annual dinner, and this year we’re changing it up a bit to help encompass a broader range of programs for the audience,” said Manion. “Our theme for the evening is centered on being a team, and we’re aiming to show that everyone at RLC plays for the same team, and we all have the same goal. Our trustees, our Foundation Directors, our administration, faculty, our staff, we’re all here for one reason, and that is our students.”

Jim Muir of WQRL in Benton, the 2009 Alumnus of the Year, will be the emcee for the evening, with additional awards and honors to be handed out throughout the night. Major sponsors of the event include Hamilton County Telephone Co-Op and Peoples National Bank.